This is a useful tool for people to check the status of a commercial flight using the tail number of the airplane, without the need to subscribe to any services. As a passenger, this is useful because you can see where the airplane scheduled to fly you is currently, which can help keep track of delays and cancellations.

The first step is to find the tail number of the flight that you are scheduled to take. Head to the airports page of flightradar24 and get to the page of the airport that you will be flying out of. For example, if you are flying out of Oakland, California, this would be https://www.flightradar24.com/data/airports/oak. On that page, click the "Departures" tab. This will give a list of flights, along with their tail numbers. 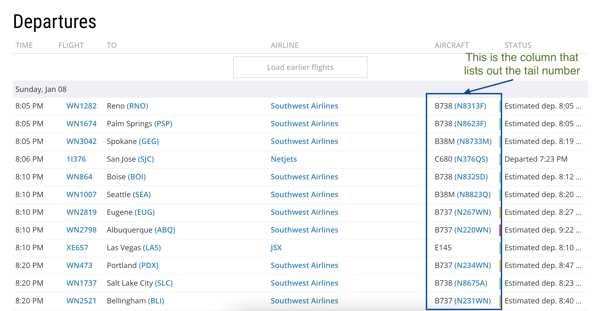 Once you have the tail number, you can use flightaware.com to track the schedule, current location, flight path. Just put the tail number into the search box. Another useful tool is airfleets.com, which can show complete airplane details, as well as links to adsbexchange.

The expansion of Canada's euthanasia law, also known as medically assisted death (MAID), has had unintended consequences for some people with disabilities. Bill C-14, passed in 2016, legalized euthanasia for people with a "reasonably foreseeable" death. An amendment to the law, Bill C-7, further expanded the scope of legal euthanasia to include individuals suffering unbearably from a serious and incurable illness, disease, or disability, even if their death is not reasonably foreseeable. While the intention behind the law was to help people die with dignity, it has had unintended consequences for some individuals who may choose to end their lives due to a lack of quality social services.

One example is Amir Farsoud, who has never-ending back pain that qualified him for euthanasia. Farsoud did not want to die, but after fearing he would lose his housing, he applied for MAID as an alternative to homelessness. He had already received the approval of one doctor and was waiting for the required 90 days to pass before obtaining the approval of a second doctor when his story was published. A GoFundMe campaign raised more than $60,000 from people around the world and has given him a new lease on life. Farsoud has since put his application for MAID away, but his story has raised questions about the ethics of applying for MAID due to poverty.

Another example is a Canadian Forces veteran who suffered from traumatic brain injury and post-traumatic stress disorder (PTSD) and was casually offered euthanasia by a Veterans Affairs employee. These cases illustrate the potential risks of the expanded euthanasia law in Canada and raise concerns about the impact on individuals with disabilities who may not have access to quality social services.

In conclusion, while the intention behind MAID is to help people die with dignity, it is important to consider the potential unintended consequences of the law. In light of these examples, it is clear that more guardrails are needed to ensure that MAID is not being used as a shortcut to stop supporting citizens in Canada, particularly those who are chronically ill and unable to afford housing.

This is for somewhat paranoid people. I am not a fan of grabbing docker images from docker hub, especially for base OS images. I would rather build my own images, the process is not too complex. Below is the quick way to get a base debian os container build: Now you can check if you have the images:

Defined tags for this entry: My take on life, photolog

Looking at the milky way is an enlightening experience, especially if you know some of the science behind it. The Milky Way is the galaxy that contains our solar system. The milky color visible from earth comes from stars that cannot be individually distinguished by the naked eye. The view that we get of the galaxy does not even include phenomenons that we cannot observe: gamma-ray bursts, pulsars, black holes Looking at the milky way and contemplating how vast the universe is and how unique our blue dot is, is a very humanizing experience. 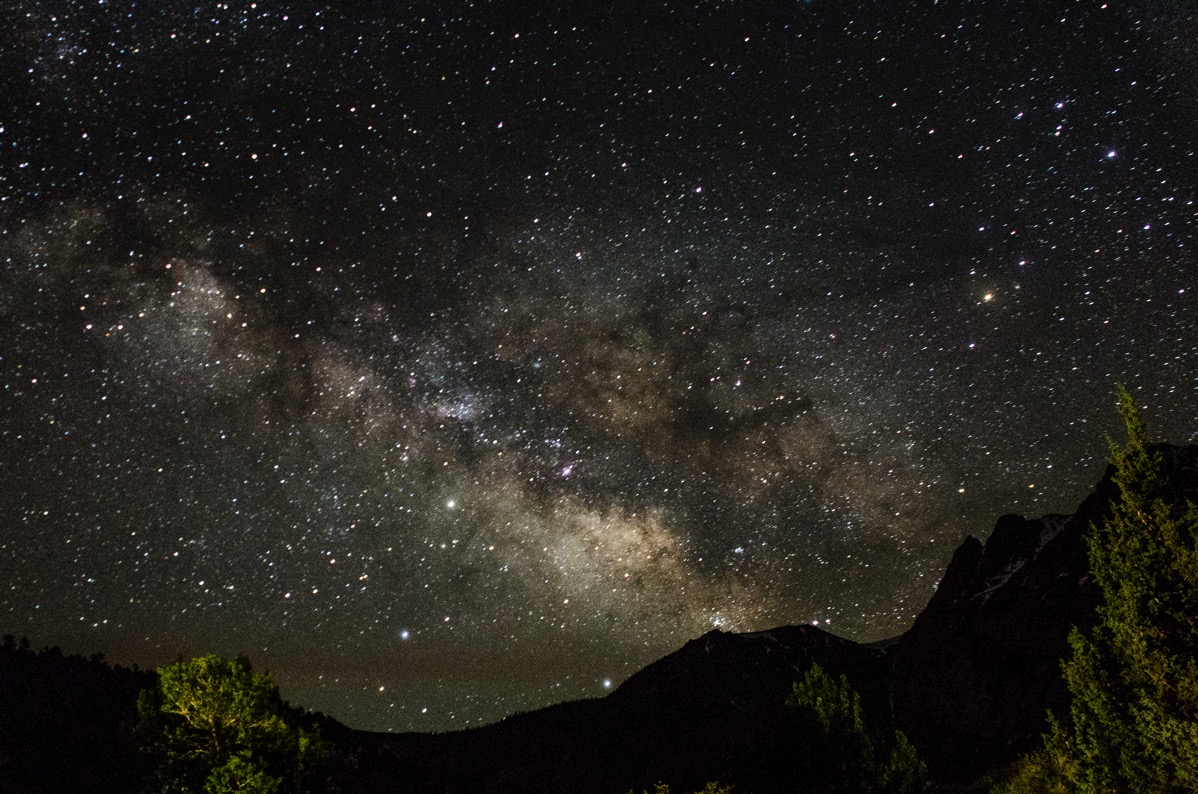 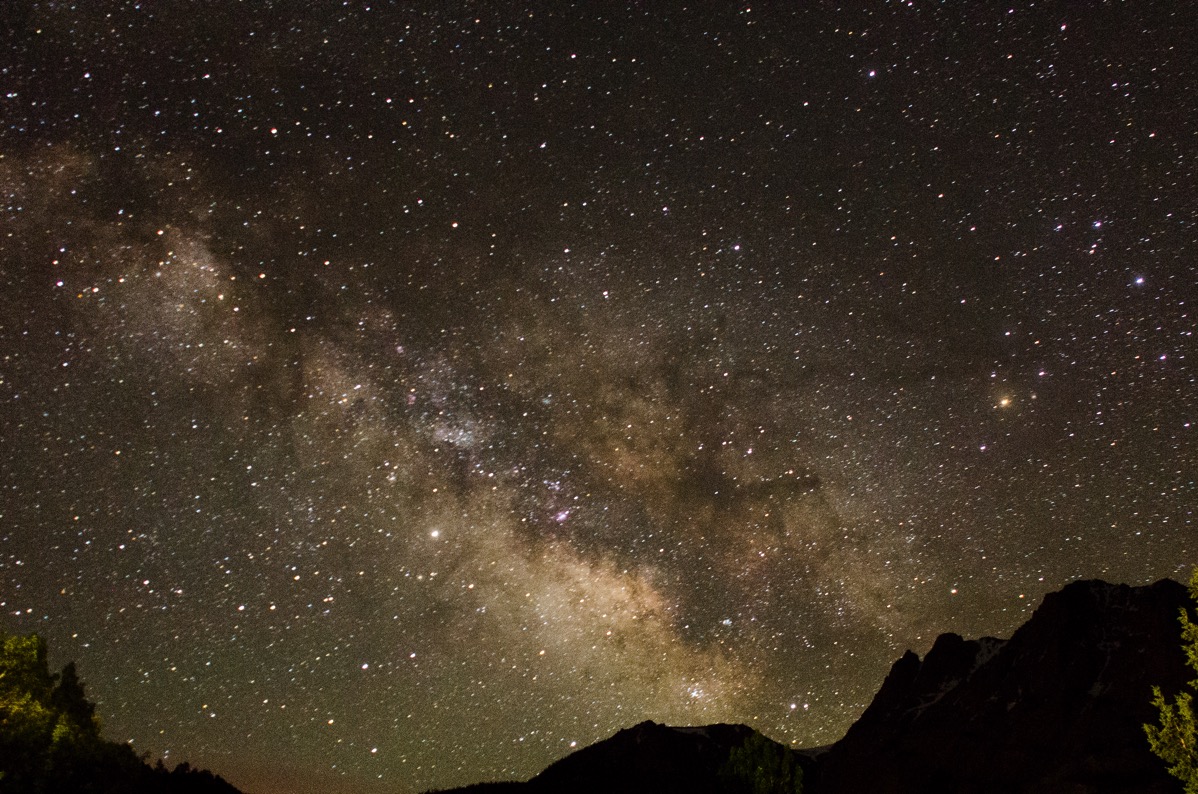 Defined tags for this entry: life

I was reading Neil Gaiman's eulogy for Terry Pratchett. This part stood out to me:

Terry looked at me. He said: "Do not underestimate this anger. This anger was the engine that powered Good Omens." I thought of the driven way that Terry wrote, and of the way that he drove the rest of us with him, and I knew that he was right.

There is a fury to Terry Pratchett's writing: it's the fury that was the engine that powered Discworld. It's also the anger at the headmaster who would decide that six-year-old Terry Pratchett would never be smart enough for the 11-plus; anger at pompous critics, and at those who think serious is the opposite of funny; anger at his early American publishers who could not bring his books out successfully.

And that anger, it seems to me, is about Terry's underlying sense of what is fair and what is not. It is that sense of fairness that underlies Terry's work and his writing, and it's what drove him from school to journalism to the press office of the SouthWestern Electricity Board to the position of being one of the best-loved and bestselling writers in the world.

This description of Terry Pratchett reminded me of the character Sam Vimesfrom the Discworld series. Vimes is anÂ idealist, but a committed cynic whose knowledge of human nature constantly reminds him how far off those ideals are. Vimes also has a dark side that comes out when Vimes loses control of his anger, especially when he temporarily lets go of "the Beast" (in the novel Thud!).

I have had to read and take an exam on the play Julius Caesar. This had meant that I was forced to read the play and not see it performed. I had always assumed the play Shakespeare's Julius Caesar to be about the death (and life) of Julius Caesar. I got a chance to see the play performed by OSF and it has led me to question some ideas I had about the play.

Cassius was not Brutus's puppeteer

One of the impressions I had about Cassius was he was the villain in the play and he was the puppeter who was controlling Brutus's opinions about Caesar and inciting Brutus against Caesar. However, as the play progresses, it becomes clear that Cassius was not a scheming villain and he was perfectly happy to give Brutus the role of the leader of the assassination plot. This is very clear when he wholeheartedly agrees to not bring Cicero into the plot.


But what of Cicero? shall we sound him?
I think he will stand very strong with us.

Let us not leave him out.

O, name him not: let us not break with him;

That other men begin.

Then leave him out.

Brutus, a word with you.

You know not what you do: do not consent

That Antony speak in his funeral:

Know you how much the people may be moved

By that which he will utter?

I will myself into the pulpit first,

And show the reason of our Caesar's death:

What Antony shall speak, I will protest

He speaks by leave and by permission,

And that we are contented Caesar shall

Have all true rites and lawful ceremonies.

It shall advantage more than do us wrong.

I know not what may fall; I like it not.

Another scene when this shines forth is the argument that Cassius and Brutus get into at the battlefield and Cassius offers Brutus his sword to kill Cassius. This way the argument ends shows Cassius

Revenge yourselves alone on Cassius,

For Cassius is aweary of the world;

Hated by one he loves; braved by his brother;

My spirit from mine eyes! There is my dagger,

And here my naked breast; within, a heart

Be angry when you will, it shall have scope;

Do what you will, dishonour shall be humour.ÃÂ

Was the play about Caesar or about Brutus?

The other thing that stands out is that it is a little difficult to say Julius Caesar is the protagonist of the play. A lot of the play centers around the internal struggle that Brutus goes through before and after the assassination of Julius Caesar. ÃÂ There are monologs where Brutus tries to resolve his doubts about assasinating his friend and a man who trusts Brutus.

One part that stands out is towards the end of the play, when Brutus comments on how good his life has been

My heart doth joy that yet in all my life

I found no man but he was true to me.

I shall have glory by this losing day

More than Octavius and Mark Antony

By this vile conquest shall attain unto.

Even his enemies respected Brutus.

This was the noblest Roman of them all:

All the conspirators save only he

Did that they did in envy of great Caesar;

He only, in a general honest thought

And common good to all, made one of them.

This is in sharp contrast to the life of Julius Caesar who was assasinated by people who were close to him and thought of him as a tyrant.Â

Everything written by me and placed on this site is in the public domain , except for any express restrictions included in them . Hack them further and enjoy :-)

My take on life